Internet Day: Looking to the Future Implies Making Mistakes, Unless you Have Supernatural Powers 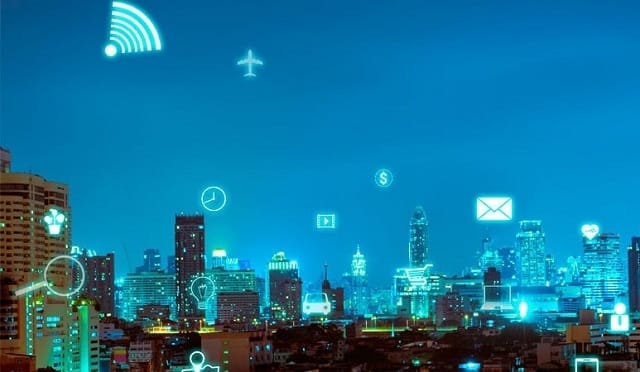 Internet Day: looking to the future implies making mistakes, unless you have supernatural  powers.

This is the twelfth day of the Internet, and like every year, on May 17 there are countless articles about the Internet, its uses and abuses, metrics about its incredible growth, or about the importance it has in the economy, in society, in our lives.

Gone are those days of the 93-94 winter when Mosaic opened up a world of HTML pages for us. Gone are those days of Gopher, Archie and other now forgotten services that were part of that not so primitive internet. And how far is that January 9, 2007, too, when Apple announced the arrival of the iPhone: that device that would revolutionize the way of consuming the Internet and sweep away previous initiatives based on technologies that were destined to succeed but that failed mainly because of promising what has not yet been done. It was possible (do you remember WAP?).

However, ten years in the life of the network is talking about the long term, and being a young celebration as it is, the truth is that the day of the Internet is a veteran if you look back. Looking to the future implies making mistakes unless one has supernatural powers. Posing certainties about the network, ten or twenty years from now, is similar to looking at a crystal ball and guessing the outcome of a dice game, yet to take place, in a Las Vegas casino. Talking about the future of the Internet is talking about technology, the economy, the societies in which we live, and cultural changes to come. Let’s focus on the concept of ideas that surround the development of technologies, since of the others, I confess myself ignorant in their future.

Ideas have mothers and fathers. In this case they depend a lot on the coordinates where they appear and develop. Where do you think about the future of the network? The answer is complex. If we focus on geographic blocks it is obvious that the North American maintains an important advantage. Not surprisingly, the network was born there and that is where the large network companies have their decision-making center. Both the ” Internet Engineering Task Force ” and the ” Internet Corporation for Assigned Names and Numbers ” are based in the United States. Recent changes such as the end of the supervision of the NTIA ( United States Department of Commerce National Telecommunications and Information) about ICANN may be transformative, but not in the short term. Behind it is Asia and of course, Europe.

The strength of Asia is undeniable, but the strategies of giants like China with its “Great Digital Wall” (also called “The Great Firewall”) collide with the very essence of the network. Without going into political or economic aspects, the idea that the state should protect its citizens from cultural threats, which come from abroad through the Internet, has a well-known economic reverse: radical protectionism. The network is not only used to censor what comes from abroad but also to prevent foreign companies from operating freely in the domestic market. This trend continues to rise. Let’s hope not to copy it.

By geography and by the capacity to act, we are concerned with Europe. The so-called old continent has been working for years to develop its own strategies, implementing its actions with better or worse success and seeing how far from allowing a thriving digital industry to flourish, it remains smaller compared to that of our transoceanic neighbors in North America. “The gang of four” Continues to dominate the Internet landscape. It should not make us lose perspective. Europe is one of the main digital markets, and we have a lot of room for improvement. Proof of this is the result of the open consultation launched by the European Commission within the Futurium program on the next generation of the internet (NGI). In its portal, we will find an interesting report on the consultation that has been carried out where ideas about the future of the network are organized into two blocks: values ​​and technology.

What happens in the rest of the world? That moves, and moves a lot: initiatives such as Colombia with its Plan Vive Digital focused on developing and deploying a digital ecosystem. India or Brazil with a higher adoption than countries such as France with the IPv6 protocol (22% and 17% compared to 15%) or African countries such as Kenya, which were already pioneers in 2007 with a successful mobile payment service, a benchmark in the world of digital commerce on the net.

Hopefully next year we can offer more promising news about network governance, about the fall of large firewalls, or progress in the protection of our rights as citizens in this hyper-connected world that surrounds us.

Social Media has become a necessity for all companies, but at the same time, it has become a minefield for companies unable to manage...
Read more
How to

Online Gift Cards have always been popular. You can give them to your nearest and dearest to celebrate every occasion from birthdays to Thanksgiving....
Read more